You’d be mistaken if you were under the impression that “Pinkwashing” describes the sort of accident that might happen when mixing the wrong items in the laundry. This term, in fact, describes Israel’s alleged, contrived strategy to conceal ongoing violations of Palestinians’ human rights behind a false image of progress and modernity, signified by the  publicizing of its LGBT life in advertising campaigns by pro-Israel activists. In other words, it is the idea that LGBT images in Israel are used to deliberately manipulate foreigners into perceiving Israel as an acceptable state, by “washing” away focus on the plight of Palestinian communities.

Last term, this serious claim was the focus of a King’s College London workshop, hosted by University of Manchester “Access & Liberation” Officer Sara Khan, on behalf of the student group: KCL Action Palestine, who routinely campaign against Israeli speakers on campus, and have called for the university to adopt the antisemitic Boycott, Divest and Sanctions (BDS) campaign against the Israeli state and its citizens. To simply dismiss the concept of “Pinkwashing” would be a mistake. The notion of such a conspiracy was charming enough to attract a sizeable room of young people on a chilly Friday evening, and thus it must be robustly unpacked, as to locate both its appeal and inherent error.

First to be addressed is the fundamental misconception of the workshop: that not only were perceived gay rights used by Israel for subversive purposes, but that these rights themselves were in fact exaggerated, and did not accurately reflect the oppression that LGBT communities face in Israel. Comments such as “Tel Aviv Pride is only one event! It cannot possibly prove that gay people are treated well in Israel as a whole!” were embraced without a mutter from the audience. That the parade is legally permitted and culturally embraced by the majority of Israeli society, is exceptional in the Middle East, and profoundly indicates the extensive freedoms which LGBT citizens – regardless of race or creed – enjoy under Israeli jurisdiction. I believe that the speaker was either ignorant about these facts, or deliberately deceitful.

It is thus true that Israeli law explicitly and implicitly safeguards LGBT individuals, but it is equally (and unfortunately) true that the same is rarely true of its neighbours. While the lack of LGBT tolerance in the Arab world was certainly acknowledged by the speaker and audience, such rights violations were dismissed merely as the consequences of imported colonial attitudes, of which Israel constituted a part. In the speaker’s eyes, Arab societies bore little responsibility for any discriminatory practice due to their lack of education, and any repression that did occur was exaggerated by Israel and its allies for political purposes. There was also no acknowledgement of the glaring distinction between the reality of LGBT life in Israel, and the vast swathes of the world, in which LGBT activity (both private and public) remains restricted by both the state, and pervasive cultural norms that disallow and actively encourage violence and repression of such lifestyles.

Pew Research’s 2013 survey of attitudes to homosexuality in over 39 countries, found that an alarming 93 per cent of the public in the Palestinian territories did not believe that homosexuality should be ‘accepted’ by society. Similar figures were true of its fellow Arab states, contrasting with a mere 40 per cent in Israel. Although private opinions on homosexuality and a variety of lifestyle choices can exist without automatically extending to popular violence or state coercion, this is unfortunately not currently the norm in the Arab world. Further shattering the foundation of the “Pinkwashing” lens, that assumes Israel’s genocidal hatred of Palestinians, are the examples of aide extended to LGBT Palestinians seeking a life free from the social suicide they face in the Arab world. In 2008 for example, a permit was granted to a 33-year-old Palestinian from Jenin to live with his Israeli partner in Tel Aviv. He had feared for his life in the West Bank due to this relationship.

To give “Pinkwashing” credence as a robust idea is an exercise in degrading truth. To accept this theory is to make baseless assumptions about the motivations of a country that is like any other, and experiences legal and social trends motivated by countless and ever-shifting factors. That Israeli public and private institutions may use examples of its modernity, including its gay life, to attract tourists is understandable and is not insincere. Israel is a safe place to exist as an LGBT individual, and this is an important factor for many would-be-visitors. Holding Israel to a higher standard than any other nation for its tourism campaigns is simply unfair. It is entirely possible to appreciate Israel’s attitude toward the rights of its LGBT population, whilst critically evaluating its other policies. Neither dialogue nor peace will be achieved if activists on either side choose to indulge in comfortable conspiracies, rather than factual debate.

Roar reached out to KCL Action Palestine prior to publication, inviting them to submit their own article on the issue. We did not receive a response. 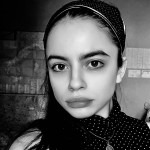