King’s students become Global Nominees in the NASA International Space Apps Challenge after developing an app calculating your contribution towards carbon emission. The team is one round away from witnessing a rocket launch live at NASA Kennedy Space Center.

Last weekend a team of innovative young engineers and IT geeks joined NASA International Space Apps Challenge for a “48-hour sprint”. The aim of the competition is to develop a solution to vital global problems such as global warming, which is the category KCL team 2b||!2b chose. KCL students Nikolay Gospodinov, Aleksandar Bonin, Jacopo Siniscalco, Daniel Alvarado and Erik L. Lundstrum joined forces with Imperial College alumni Alexis Abayomi in a try to challenge the problem through their app called Footprints.

Originally established as two separate teams, due to a last minute drop of a person Jacopo, Erik, Daniel, Alex and Nick decided to join forces before the beginning of the competition.  During their planning stage, they met Alexis who had come alone and showed great interest in their project. A member of the team shared “she seemed very interested and had very good ideas of what we could add. We could tell she would be a great addition to the team and invited her to join”. Thus, the 2b||!2b team was officially formed with the name meaning “to be or not to be”, written in Boolean algebra. In addition to creativity, the members surely do not lack team spirit either. They worked for two days straight with some members even refusing to sleep in order to build and update their ‘baby’ called Footprints.

The name of the app comes from the term used for an individual’s pollution contribution – their “carbon footprint”. Since the app compares your behavior to the general population’s, the team came up with the name “Footprints” (plural). NASA Space Apps 2014 Global Award Nominee Nick Gospodinov already had an idea to make an app to show people’s personal carbon footprint. He told the team he “became aware of how much the average person pollutes when he began living with his extremely eco-friendly flatmates”. The team started developing ideas and thus, the app was ‘born’. But what does the app actually do? The team explains that:

“A feature of the app is to take your individual carbon footprint and extrapolate the effect on the environment if everyone in your area/ the world behaved like you. The app then estimates when would we reach the two degree temperature increase, considered to be the critical point for the earth and environment, if everyone was acting like you.

“The app attempts to automatically update as much of your data as possible. As we get further in development, the activities the app can detect increase. We do this through integrating other common apps on your phone such as Uber. When the connected app is used, Footprints updates your personal emissions accordingly. Another way Footprints can record your emissions is through the use of your location. For example, when the app detects you have entered and then left McDonalds, it would ask you whether you had eaten a cheeseburger. The app always has the feature for you to manually enter your activities to update your emissions.”

The team constantly updates the app, and you can view their progress here.

The Nomination and the Prize

Being conducted in 80 countries, the NASA Space Apps Challenge is the world’s largest hackathon challenge. On Sunday, October 27, our KCL team won the NASA Space Apps London hackathon. The panel of judges sanctioned by NASA nominated “Footprints” for the next round. If the team qualifies for the final one, they become winners in their category (Warming Planet, Cool Ideas) and will be only one step away from being invited to watch a rocket launch live. The team members share they believe their “project is going to do well in the upcoming rounds and they have a real possibility of winning the global competition”. In the meantime, they joke around with giving advice to people to “get their sleep”. 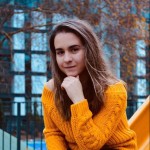