The government’s Covid-19 testing service is under huge strain as England heads towards restrictions lifting on July 19.

With thousands of new cases per day, the PCR testing system is seemingly overwhelmed. Individuals who have been in contact with someone who has tested positive for Covid-19 have reported the website for ordering and registering tests crashing or not working at full functionality. Alongside ordering and registration issues, there have been reports of tests being lost or results being severely delayed.

Two King’s students living in separate flats in the same building were exposed to Covid-positive residents after evacuating during the Elephant and Castle Station fire. Concerned that they could be asymptomatic and infect patients during nursing and dentistry placements, both ordered PCR tests.

One student reported waiting five days to receive the result of their test, whilst after six days without receiving their results, the other was forced to order a second test. On top of the delayed results, both students reported issues when ordering the PCR tests. One was unable to register their test when they received it in the post, prompting a call to the testing helpline. Although the issue was resolved, the call handler admitted that the system was under immense strain and that it was “the busiest they had been all year”.

One respondent commented it is “too early and will lead to a lot of deaths”, while another said that “masks should still be worn” to provide protection.

Though vaccinations against Covid-19 have reduced hospitalisations and admissions to Intensive Care Units, many suffer long-term effects from the virus that could also overwhelm the National Health Service. The Office for National Statistics reports there are over one million individuals who have reported symptoms of so-called “long Covid” so far. 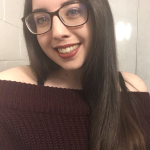