Charles Amos, recently elected KCL Conservative Association president, has been removed from his presidency after a unanimous vote of no-confidence against him. This removal is effective immediately.

The voting was conducted by committee members hand-picked by Amos himself as, he said, it was the only way to “ensure a future” of the association. This comes after Amos comments on single motherhood, gender equality, and immigration all made the news in the past month. KCLCA firmly stated that his views were not representative of those of the entire association and were in fact, counterproductive to their aim of fostering impassioned debate. The association followed up by saying that, while they did not expect Amos to appropriate the presidency as a mouthpiece for his personal political views, they remain committed to the individual right to free speech.

The KCLCA will hold another leadership election in which Amos will be allowed to run again. However, a disciplinary investigation into the numerous complaints Amos received from association members is currently underway. This will be carried out by KCLCA’s former President, Melissa Gurusinghe, who is now the Honorary Chairman and temporary head of the society. She will also be acting as returning officer in the upcoming elections.

The KCLCA concluded their statement by wishing Amos luck with his future and hoped he would think twice about representing the party in future as he had said himself that he was not “passionate about the Conservative party”.

A senior KCLCA member said to Roar that, over the past few weeks, Amos refused to host committee meetings to prevent members from voting against him. He told a committee member that he would host a meeting, only if there was an “iron-clad guarantee” that the member would not vote against him. Eventually, a meeting was allowed to proceed. The KCLCA member we spoke to went on to say that several members of the association were personally offended by his statements and the decision to remove Amos was made with the interests of those members in mind. Not taking this decision was said to be equal to condoning Amos’ views, which the member we spoke to claimed was something the committee was firmly against.

Amos’ brief tenure as president was controversial for many KCL students. Roar writer Manon Powrie wrote that “the KCLCA are clearly intent on winning many friends and supporters this coming academic year,” with guest contributor Serena Lit stating that his views are not reflective of the Conservative party as a whole, and should not be viewed as such.

KCL Labour Society offered the below comment in response on social media: All committee members were shocked and several were personally offended by Amos’ statements. This was not an easy decision and we thought long and hard about it.  At the end of the day, we know that we have a responsibility to act according to our conscience and in the interest of our members. Not doing this would have been tantamount to condoning Amos statement, something our committee can never do.”

The KCLCA has released an official statement regarding the removal of Charles Amos as president.

“Removing Mr. Charles Amos as president was a difficult decision for the committee. This choice was made based on the widespread conservative outcry that resulted from Mr. Amos’ public statements since becoming president, as well as what we understood to be multiple attempts to silence the committee and prevent it from exercising its responsibility in holding him to account.

“It is our opinion that Mr. Amos has repeatedly used the association as a platform to further his own personal views, with no regard for the impact this has on the association and its members. Mr. Amos enjoys the same rights to freedom of speech we champion for all members, however, his use of the association and his privileged position within it to spread his personal views crossed a line. We became increasingly concerned about our relationship with students, the university, and indeed the conservative party and the high costs that Mr. Amos’ conduct may entail. However, the committee would like to clarify that this decision was entirely its own and a purely result of the responsibility we have to our members.”

The full statement can be found here.

Charles Amos has released a statement on his Facebook page, saying:

“I can confirm that I shall be putting my name forward for the Presidency of the KCLCA again. It’s going to be an exciting campaign.” 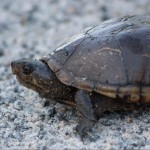