European leaders are struggling. US President Joe Biden’s victory in last year’s Presidential Election was welcomed in the European Union, especially in France. But on the other side of the Atlantic, what is really going on with this relationship? Hoping to follow in the footsteps of France’s wartime leader Charles de Gaulle, incumbent French President Emmanuel Macron dreams of France being a leading power on the world stage, which is only possible through aligning itself with the United States. Whether it is within the European Union or with his American counterpart, it is real autonomy that the French President fears will be crushed again by the American giant. Thus, nothing could have been better for the French president.

Between the United Kingdom, which must make Brexit a priority, and Germany, which is busy finding a replacement for retiring Chancellor Angela Merkel, Macron had all the right cards to become the new de-facto European leader. Unfortunately, his ambitions do not seem to agree with the protectionist policies of the United States. Although Biden has replaced the more isolationist former President Donald Trump, Macron’s chances of promoting France close to the American superpower remain challenging. Indeed, Europe was not a priority for the United States even before Donald Trump and is not likely to be one now.

French ambitions do not resonate with the United States

The team that now occupies the White House has always had a strong link with France. Some have lived there, others have built friendships with the Elysée; however, this does not mean that the alliance is played in advance. The first sign that Macron’s dream relationship with Biden was not as solid as hoped was already apparent during the 2020’s presidential campaign. Indeed, the priority that the Democratic Party gave to foreign countries could have been described as insignificant. The Biden communication team had thus announced the colour at the Elysée when they had closed their doors to all diplomats. The priority is no longer to play the world’s gendarme card but to focus on domestic issues and American citizens.

Another complex problem that could slow down the construction of this relationship is the predominant personality of the two presidents. Even if the US are less interested in dealing with the international problems, they still need to lead the dance of the international politics spectrum – even if Macron hopes desperately to win his own place on the podium next to Biden. By reviving the memory of De Gaulle but also by trying to place himself as his worthy heir, he really wants to place Europe and France as an “autonomous partner”. This refusal of dependence on the United States or other pre-existing world organisations risks making the future relationship between the two men more complicated than they would like.

By placing it as a force alongside the Americans, and not dependent on them, Macron hopes to score political points ahead of his re-election bid in 2022. Indeed, French and European sovereignty will definitely play well in future elections. However, Joe Biden does not really seem to be aware of Macron’s needs and is still attached to existing agreements such as NATO. Even if the French president wants to become the strong head of an independent Europe, the White House will certainly not want to deal with a single preeminent leader especially if the latter uses this link to increase his popularity.

Despite the fact that high expectations on the French side towards the new US President are unrealistic, the link between Biden and Macron could still remain strong in the face of currents events

However, the need to dominate the international political scene of Macron must have succeeded since he was the first EU leader to meet with President Biden when he took office. Nowadays, what could then help the French to create a sensation would be the fruit of Biden’s environmental promises. Returning to the Paris Climate agreements is a priority for him, a priority that seems to be arriving at the perfect moment for the Macron’s political party. Indeed, it is a real necessity for the French president to fulfil his promise to the French Green Party before the elections. Seeing America joining the Paris climate Agreements once again would be an excellent news to improve his position in the polls. Furthermore, this event as well as allowing the improvement of dialogue between the two countries, would be a way to build a relationship with mutual advantages for both leaders. One would be able to defend future promises while the other would keep them.

The Covid-19 pandemic will also help to create a future link to use on the French side. The two countries have already spoken privately about bilateral and multilateral cooperation in the face of the pandemic. Without really explaining the content of the appeal on February 18, US Vice President Kamala Harris stated that the French President was moving in the same direction as them. More than an advantage to build a strong and stable relationship, the current situation would then allow France to place itself as a real transition link between the European Union and the United States during the pandemic. The only risk, however, would be to not live up to this challenge. Indeed, despite a confident political communication, whether in the face of research or the dismal speed of the vaccination rollout in France, it could therefore make the country a virtually non-existent ally in the eyes of America.

Macron therefore has every chance to become a favored interlocutor but only if he agrees to deal this with others, and above all with Germany. Indeed, although France seems to have some advantage, it remains insignificant in many current geopolitical issues and cannot position itself alone in the world of the big. More than France, the European Union must now think about creating an independence together and not place all its hopes in American hands. Otherwise, they risk being crushed by another giant: China. 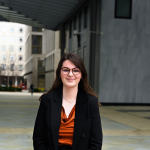 London Mayoral Series: An introduction to the top six contenders

Are rich countries responsible for creating a ‘vaccine apartheid’?