At 12:00pm the rebels will meet in front of New Hunt’s House, Guy’s Campus,  where they will stage a “sleep-in” with pillows and pyjamas. Following the sleep-in, XR will organise a “Guerrilla teach-in” with guest speakers from XR Youth, XR Internationalist Solidarity Network and the Global Justice rebellion.

This protest was initially supposed to be much darker with students participating in a “die-in” to symbolise the threat of death caused by climate change. This is a form of protest where participants lie on the ground and simulate being dead. However, after recognising that this stunt would potentially “cause offense and trivialise the huge losses of life and grave injustices that communities across the globe face on a daily basis,” XR Universities changed it to a “sleep-in” which demonstrates the need for students and universities to “wake up” to the climate emergencies happening around the world. The second half of the event is dedicated to climate education and creating a space to talk with other like-minded individuals.

KCL XR encourages students to attend, saying that it will be “a great opportunity for students to connect with the climate justice movement”. The event aims to “explore what diversification and decolonisation of education and environmentalism is, and why it is essential to tackling the climate crisis, hearing from voices of marginalised groups who represent a vast wealth of knowledge not largely recognised within universities”.

KCL student Stephen told Roar: “Doing something, no matter how small, is better than nothing (…) at worst, you’ll get fed a lot of [free] lentil curry from Hare Krishna carts” if XR is providing food.
Fourth year KCL medicine student Benjamin cites that: “Reducing use and dependence on fossil fuels will have wide-reaching benefits.” He goes on stating that: “over 9000 premature deaths annually are caused by London pollution.” He believes these are enough reasons for students to take part in the event tomorrow because climate change is “already being felt across the globe and far more needs to be done to bring about meaningful change”. 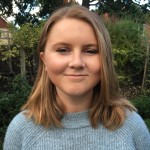