Heads turned as a young couple walk into The Shed at Guy’s Campus holding a poster board with block letters: “BUSH DID 9/11”.

The Conspiracy Society, run by the president and secretary, is hosting their first event on November 7, “Jet Fuel Can’t Melt Steel Beams: Inconsistencies in the 9/11 Narrative”. Both society leaders declined to give their names.

The society is not officially ratified at King’s, but the president explained that the KCLSU is allowing them to hold meetings without official funding. Being unratified has raised issues, the president said:

“Not being a ratified society is quite difficult. We got kicked out of the Freshers Fair.”

The secretary added that 126 students signed up nonetheless in the time they were there. The president also said he got into a fistfight with a student who was offended by a “Bush did 9/11” sign:

“He punched me, I punched him, it ended quite quickly because the rugby society was next to us.”

The president explained that he became involved in researching conspiracy theories through reading about 9/11, eventually going much deeper than Reddit, which he described as purely surface-level: “You end up being an expert researcher, that’s what I am now.”

The secretary of the society became interested  in conspiracy theories through her boyfriend who is the society’s president. She said: “I like being open-minded about everything.”

The duo hopes to provide “awkward” and “introverted” conspiracy theorists with a platform to debate their ideas, especially, the secretary said, as conspiracy theories gain traction on the Internet: “It’s becoming a growing trend now.”

The team aims to make the society “accessible” to those who are interested, with lectures open to everyone and “intimate gatherings” for more dedicated theorists to debate their ideas. The president said:

“We’re not here to convince people that these theories are true. We want to present the evidence and let the audience make up their own mind.”

Posters have been appearing across campus promoting the society, with text such as “Gay Frogs: The True Story” and “Is Hillary Clinton Running a Child Sex Ring from a Washington Pizza Restaurant?” They have not received significant pushback, apart from the “occasional eye roll”.

The president explained that they do not trust social media, but they hope that their message spreads: “We’re big on marketing—controversy sells.” 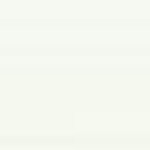