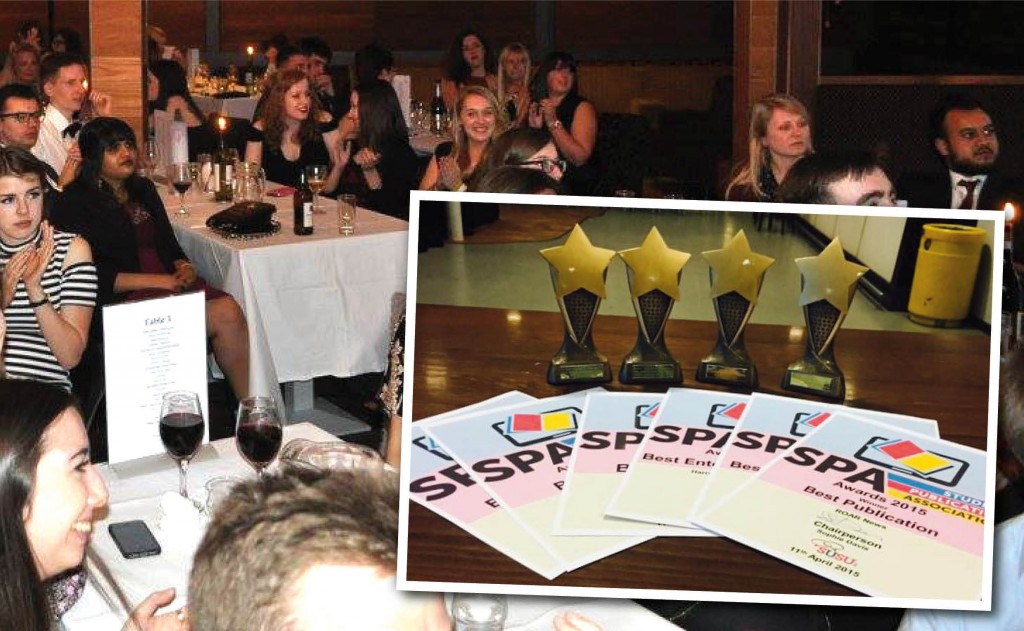 KING’S newspaper Roar News was named the best student publication in the country on Saturday when the tabloid stormed the SPA Awards and picked up an award in every other category.

Judge Nick Petrie, deputy head of news development at The Times, said: “Everything about [Roar] screams clarity of vision.

“From visual design to tone and story selection it is unambiguous about who its readers are and how best to serve them,” adding, “the journalism itself is relentlessly student focused and pointed.”

@Roar_News Congrats!! And not at all surprised…

For the Best Publication category, the judge described Roar as “extremely professional” and “hyper-relevant” to students. “Roar are a great example of how a quality student media outlet can work. This publication is the complete package.”

A spokesperson for Roar was contacted but was too hungover to comment.

Brenda Wong, judge for Best Design, said: “What can I say, [Roar] are audaciously bold. I trawled through all of the entries, and I kept coming back to this one because it’s the one that stuck in my mind the most … New and exciting is exactly what they are.”

The awards come after the King’s rag bagged a Mind Media Award in November for their sensitive mental health reporting.

The evening was also flooded with people talking about Roar’s “x-menstruation” article from November’s issue. Apparently news about King’s tampons traveled to far reaches of the UK.