Sebastiaan Debrouwere, President of KCLSU, explains why he will be representing King’s students on Remembrance Day.

Much has been said and written about the ULU motion that passed at last Thursday’s Senate on Remembrance Day. Some of the subsequent debate, including the one held at our Student Council last night, was excellent. Our councillors discussed the careful balance to be struck between respecting individual autonomy, the plurality of views that exist in the student body and the role of student representatives at ceremonies like this. The debate and process at the ULU Senate, in my view, reflected none of the above.

Before proceeding, I want to make this clear: I personally see Remembrance Day as a commemoration of those that have paid the ultimate sacrifice. Coming from a country that has suffered greatly as the theatre of two wars, I believe we should honour the memory of all those that have lost their lives in conflict, and that this honouring of a memory is not the same as condoning the institution of war. As an individual, I disagree most strongly with ULU’s decision.

When it comes to decisions like lobbying for more money for our student groups, or preventing legislation that will severely affect a large proportion of our student body, the remit of my role is evident. For others, such as what meaning we should give to Remembrance Day, that is not the case. I hold my personal views.  But that is just that – my personal opinion. In debates like these, my job is not to loudly proclaim my views as those of an entire student body. As an external representative, it is my job to accurately and fairly represent the views of our student body.

Fundamentally, I don’t believe the ULU Senate should have made a decision to enact a blanket ban on all official representation in the name of 120,000 students without allowing for informed consultation in the democratic structures of its 18 constituent Colleges and 10 Institutes.

The decision taken at ULU was inappropriate and wrong. The process of doing so was flawed. The time between the papers being sent out and the meeting was only two days – not enough to hold a proper debate in our democratic forums. At the meeting, the motion under discussion went even further in characterising Remembrance Day as an event that glorifies war and prevented anyone from attending in an official capacity representing ULU. There was insufficient time to amend the motion in such a way that it did not make a political judgement on Remembrance Day in the name of all University of London students. For all these reasons, I chose to abstain from voting on it and let our Student Council decide on how King’s students would be represented.

At King’s, we aim to represent our students democratically. This is why we have held a rigorous debate on the matter, and discussed whether our members should be represented at the Remembrance Day ceremony by a sabbatical officer in an official capacity. In the end, our Student Council passed a motion that mandated me, as President of KCLSU, to attend in the name of all King’s students.

I’m proud that our Council passed this motion. I’m proud that it engaged in a legitimate debate. And I’m honoured to represent our members and pay our respects in commemorating the dead. In line with the sentiment Anthony expressed last night, I am not going to Remembrance Day to celebrate war or militarism. I hope one day we will live in a more peaceful world, where no lives are lost in conflicts. Next Sunday, I will represent our students in paying tribute to all those that have made the ultimate sacrifice. I hope, and know, many King’s students will join me in this. 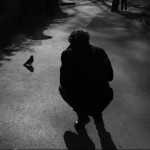